Glide is proud to premiere “Flannel Shirt” (below) a radiant and cozy track for these quarantined times, that strums with Cowboy Junkies’ alt country-folk- Americana musicianship and languid guitars. This duo places melody and delicate soundscapes into a fully realized song effort. The theme of “Flannel Shirt” serves as a metaphor for rejuvenation when the storm ends, something we can all obviously relate to, as Amici explains below the song player… 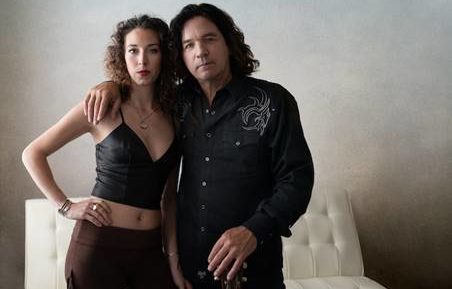 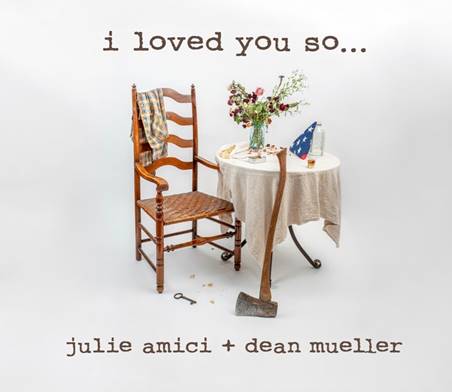 Julie Amici & Dean Mueller make Americana in the old-school sense. Their new LP I Loved You So (out May 1st) is a thick, low-simmering stew of country, folk and blues peppered with subtle hints of jazz and gospel. In the last few years, this melting-pot of traditional American sounds has taken them from their hometown of Portland, Ore., all the way to Memphis, Tenn., where they’ve been recognized by the Cascade Blues Association not only as recording artists and performers but also for their nonprofit work—bringing the gift of music to disadvantaged children, people with autism and the elderly through the Mudd Nick Foundation, United By Music and their own organization, Fly Me to the Moon, operated in partnership with the Oregon Music Hall of Fame.

The story of I Loved You So—the follow-up to their 2017 debut EP Yellow Roses—begins with Julie & Dean winning Cascade’s Journey to Memphis competition. “We started writing some pure blues songs for Journey to Memphis, and it really lit a fire under us creatively,” Amici says. ‘I Wanted You,’ ‘Sardines & Saltines,’ ‘Turn the Key’—those songs ended up being the spark that led to this new record.”

When it came time to refine and record the new material, the duo partnered with producer Alan Jones (Esperanza Spalding, Kelly Joe Phelps), with whom they’d worked on Yellow Roses. “I met Alan a dozen years ago,” Mueller says. “He’s a world-class jazz drummer and educator who learned by hanging out with guys like Art Blakey and Elvin Jones and touring all over Europe. Julie and I played a weekly jazz-standards program with him—we had such a connection that we invited him to work on some originals with us.”

“Alan has a pretty avant-garde approach to music,” Amici says. “He’s extremely knowledgeable, and has seen and done it all. While jazz is his area of expertise, he’s really keen on a good song—strong lyrics, relatable stories that draw you in. He helped us a lot with the lyrics and song structures. The partnership works because each of us contributes something meaningful. I write a lot of the songs, so I provide the seed, Dean is the soil, Alan is the water, and together we grow this beautiful music.”

For the sessions, Jones was on drums and percussion, and Amici handled the bulk of the lead vocals, with Mueller also singing a few songs and playing rhythm guitar, as well as electric and upright bass. On keys, they tapped Dave Fleschner, who’s made a name for himself playing with Blues Brothers-inspiration and Bonnie Raitt / Santana / Robert Cray-collaborator Curtis Salgado. And on lead guitar, they employed a rotating cast—secret ingredients chosen specifically to enhance each genre in Julie & Dean’s Americana stew: Mike Gamble played the spacier, more atmospheric parts; depending on the track, Alan Hager—who has also recorded and toured with Salgado—brought a traditional Chicago-blues feel or a slick Nashville sound; Thad Beckman handled the acoustic country & blues numbers; and Chris Carlson (Mueller’s bandmate in Portland’s Duffy Bishop Band) added his jazz-inflected chops to the mix, as well.

Glide is proud to premiere “Flannel Shirt” (below) a radiant and cozy track for these quarantined times, that strums with Cowboy Junkies’ alt country-folk- Americana musicianship and languid guitars. This duo places melody and delicate soundscapes into a fully realized song effort. The theme of “Flannel Shirt” serves as a metaphor for rejuvenation when the storm ends, something we can all obviously relate to, as Amici explains below the song player…

“The lyrical seeds for “Flannel Shirt” all started on the Oregon Coast one rainy winter night. I was sitting in my kitchen alone, and it was a rare moment where the rain on the metal roof, and the ticks of the clock on the wall were breaking through a penetrating silence. Dean’s old flannel shirt was hanging off the back of the chair—and boom I just started writing it. It wasn’t until two years later, with the impetus to make the new album, that I finally finished the song. I think we’ve all been in a dark place, waiting for the rain to end, and for the sun to shine again, as we are reborn into something stronger, and “Flannel Shirt” gives a powerful feeling to the listener of accomplishing just that. Pulling yourself up, and moving on.”